Frizztext’s A-Z Challenge this week on Flickr Comments at http://flickrcomments.wordpress.com/2014/02/04/tagged-e-2/ is the letter E.

This emu always reminds me of that great act ‘Rod Hull and Emu‘ that was on British TV in the 70’s and 80’s. I thought he was hilarious and this one looks rather comical too.

Do you ever wonder exactly who is watching whom at the zoo? This elephant seems as interested in us as we are in him.

An encounter with an elk in Elk Grove Village.

An egret eyeing a possible lunch item as it wades through the reeds at the Chicago Botanic Garden. 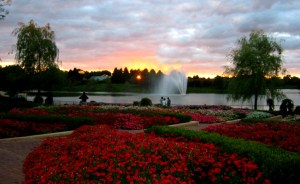 Enjoying an evening stroll on the Esplanade at the Chicago Botanic Garden.