Ailsa’s Travel Theme challenge this week on Where’s My Backpack? at http://wheresmybackpack.com/2014/03/07/travel-theme-tempting/ is Tempting.

I was tempted to post pictures of delicious cream cakes for this one, as they are my biggest temptation, but instead I opted to tell a story about someone else’s temptation.

Last summer we decided to take the littlest grandchildren to visit the Chicago Botanic Garden. Not wanting them to get too carried away and enthusiastic about the whole thing we stressed that, for the most part, this was a place where you looked but didn’t touch. 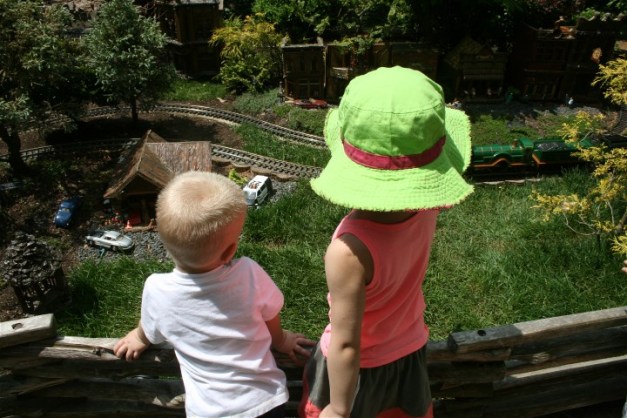 Now I know this is asking a lot from a 4 and 5 year-old but we hoped for the best. Taking them in the Railway Garden might have been too much of a temptation. It’s as much as I can do to keep my husband from climbing over the rails, so expecting our grandson to stay on the right side of the fence was asking a bit much.

Things started out well enough. Both grandson and grandpa promised to behave themselves. Brother and sister stood and watched as the trains went back and forth but I couldn’t help wondering how long the non-participation would last. When would he give in to temptation. 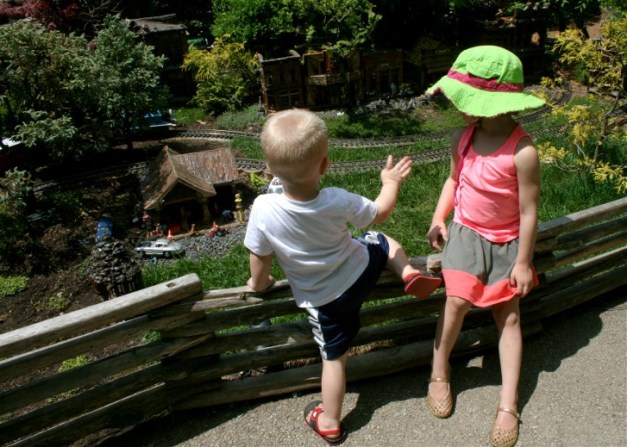 It wasn’t long before the tempting sight of trains whizzing round the miniature landscape became more than he could stand. It’s amazing how quickly little kids can move! Luckily we managed to grab him before any serious damage was done.

You may have noticed that while all this was going on, sister was standing off to one side, watching the drama unfold without any sign of joining in. But she was faced with her own temptations in the garden.

She loves flowers! Usually the first thing she does when they come to visit us is to run around the garden picking whatever flowers happen to be blooming and present them to me in a rather haphazard bouquet. Again, we stressed that this just wasn’t acceptable behavior at the Botanic Garden.

But the place is just one mass of colorful, scented flowers in the summertime and for a little girl who adores flowers it was almost impossible to keep those eager hands from grasping those tempting petals. 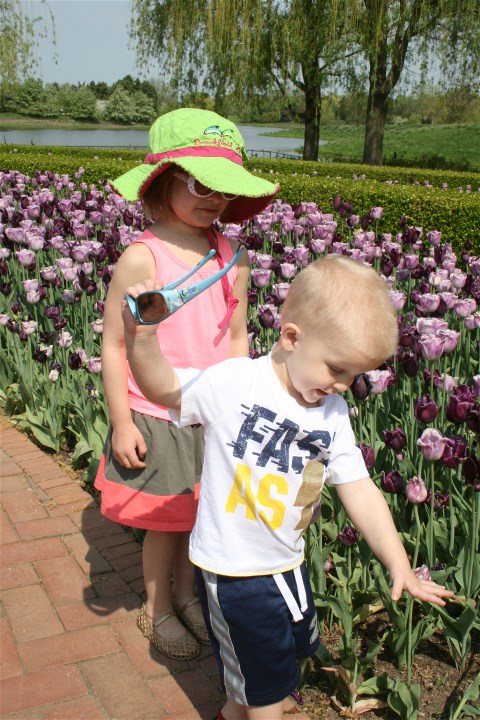 But give credit where credit is due, although she looked closely, sniffed appreciatively and even gently caressed the blossoms, granddaughter refrained from actually picking them, even when egged on by brother. Well done, kids! “For in spite of all temptations,” as the old Gilbert & Sullivan song goes, you did a good job! 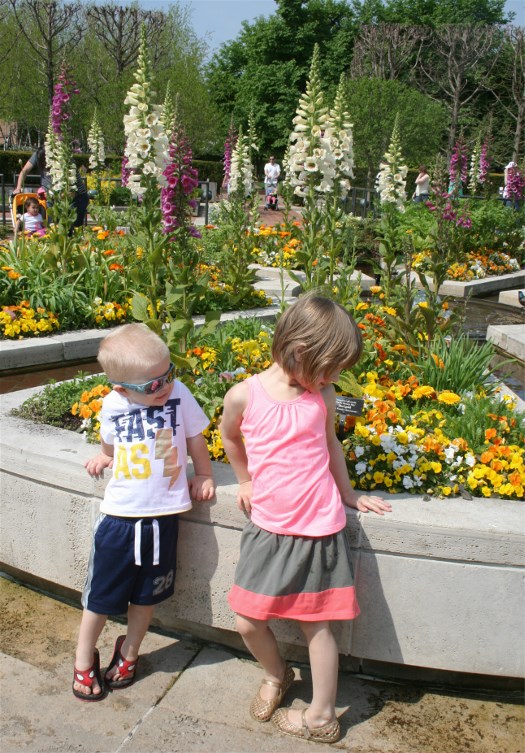