Every city, town or village has a story to tell and Marion in southern Illinois is no exception. Whenever we visit somewhere that is new to us we like to explore and find out as much as we can about the place, not only about the present but also the past, and the best place to learn about the history of Marion is undoubtedly the Williamson County Historical Society Jail Museum and Library.  Every floor in this building is packed with interesting memorabilia and artifacts. The jail itself has a story of its own which can be seen here  in Jail Time

The past and present are defined by the mix of buildings in the Town Square vicinity, some of which date back to the early 1900’s.  While many of these buildings have been well-maintained, some, like the old offices of the Marion Daily Republican newspaper have fallen into disrepair.

The Marion Cultural and Civic Center has undergone extensive renovations but I was happy to see that they had preserved the old entryway inside the new lobby.

This memorial in the Town Square tells another story about the terrible destruction that Marion suffered during a tornado, one of the largest in Illinois history, that touched down in 1982, killing ten people and causing close to $100 million in damages. 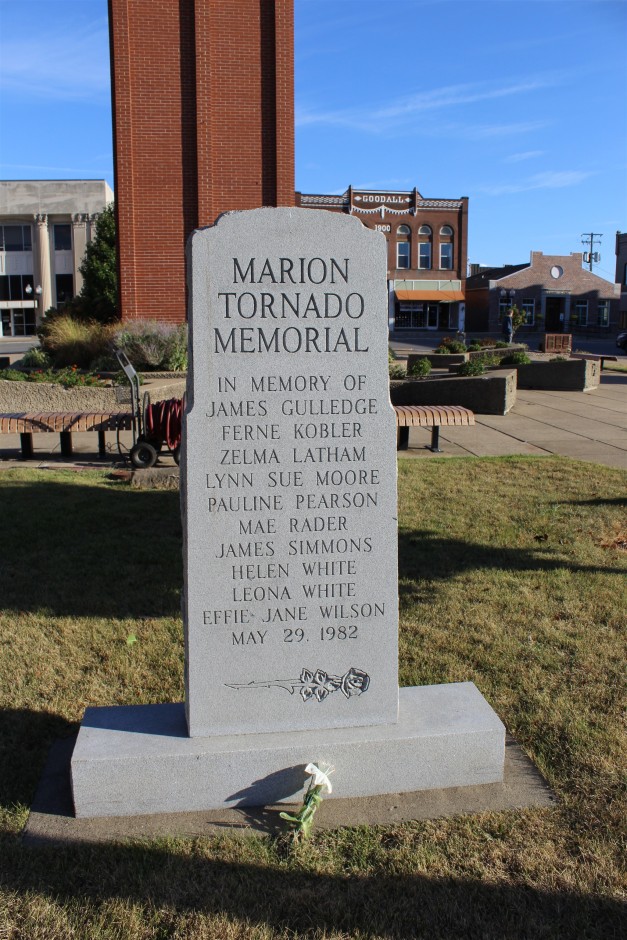 It’s interesting to see the different styles of architecture in this city of some 17,800 inhabitants, from the stark lines of the First Baptist Church to the more ornate exterior of the Carnegie Library and even a touch of whimsy as evidenced by a mural painted on the side wall of a local artist co-op that tells its own story. 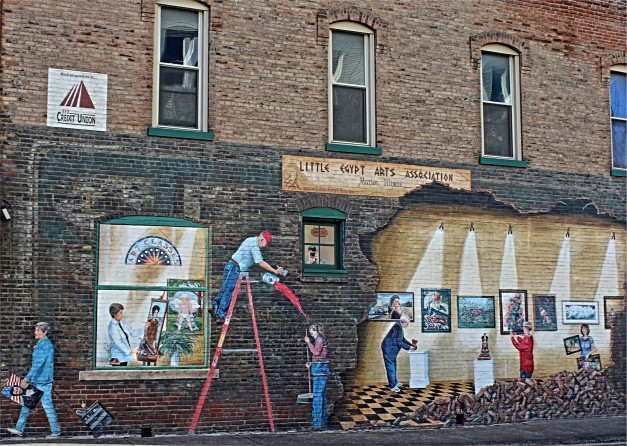 A retirement gap year or three. Travel blog and photos as we wander the world seeking a decent cup of tea and a place to sit down. OAP travel.

Exploring this beautiful country from our algarvian winter home

Chronicles of affordable sights and travels in the Upper Midwest

Welcome To My World
citysonnet.wordpress.com/