Up until recently I’ve usually made my trips to downtown Chicago on a weekday but the lure of the Metra weekend train pass got the better of me and this time I planned to venture down on a Saturday and Sunday.  The fact that the Air & Water show was on, posed something of a challenge. Normally I would avoid big events such as this like the plague but since I’d never seen the A&W show and feeling rather adventurous I decided to take action and go ahead with the plan, and was I glad that I did! 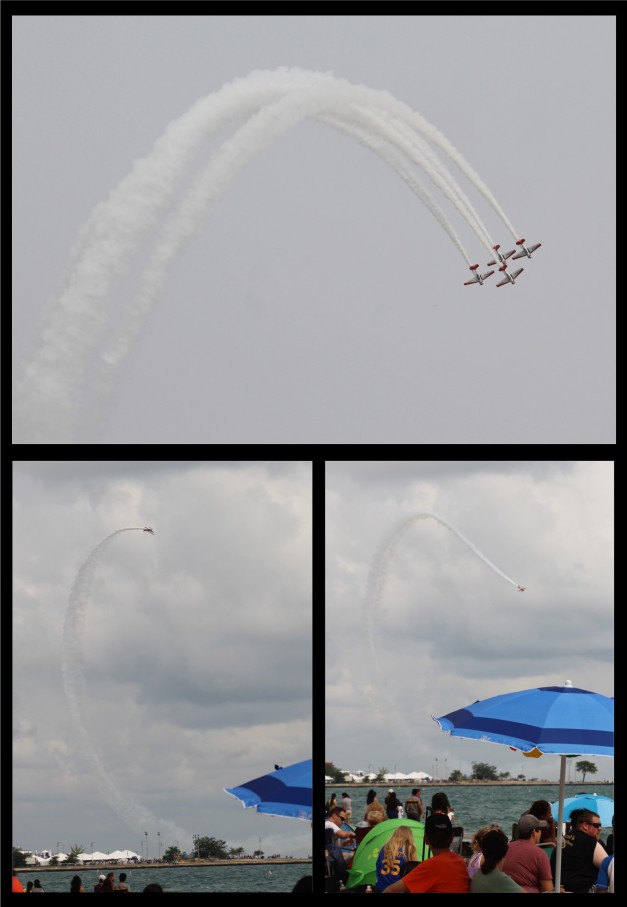 I wasn’t, however, willing to walk all the way from Ogilvie Station to North Avenue Beach, the site of most of the day’s action, but I figured Oak Street Beach would still afford a pretty good view of things and I was right. I perched on a wall by the beach and stayed there (the place was so crowded I didn’t dare give up my spot.) 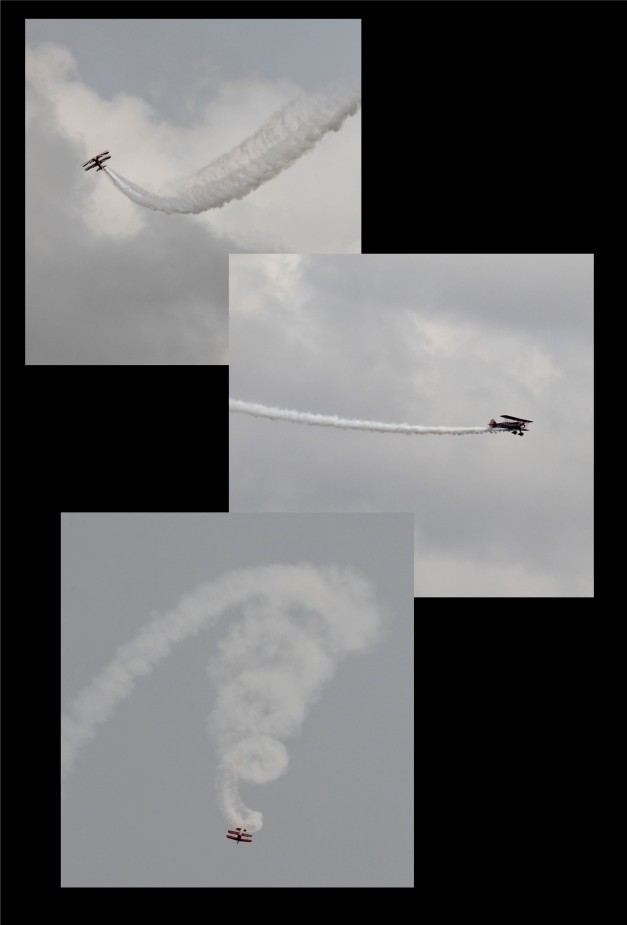 Although most of the action was in the air, the water provided one or two interesting shots as conditions on Lake Michigan were fairly choppy. 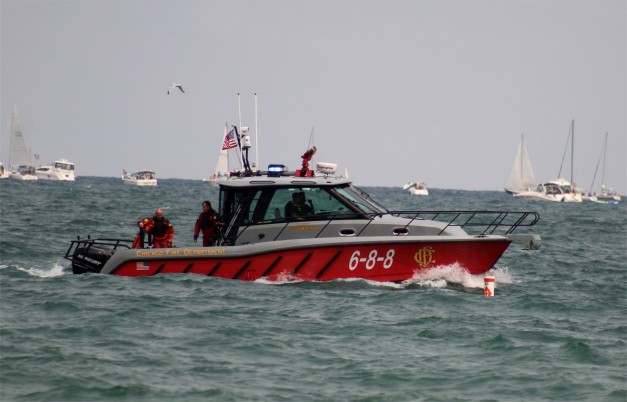 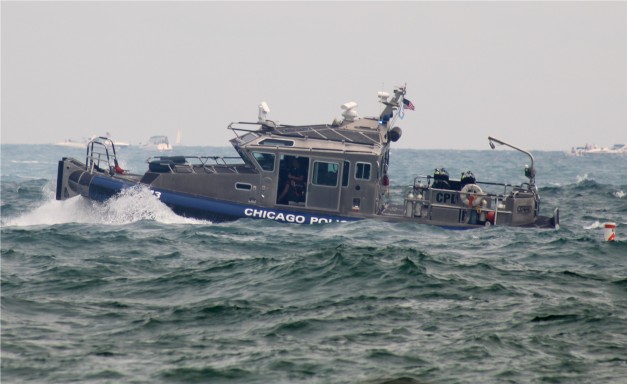 To be honest, I couldn’t actually see what I was photographing most of the time.  I’d never taken shots of anything like this before and wasn’t prepared for how quick the action was, as the planes went zooming overhead. 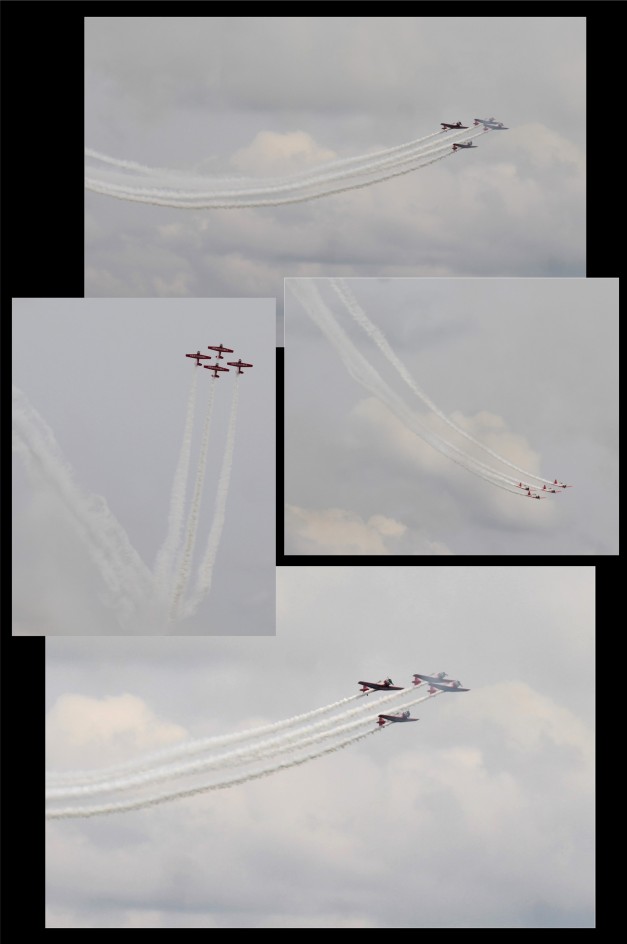 So I just set the camera on automatic action and kept my finger on the button, hoping for the best. Not that I’m offering it as any kind of excuse for the poor quality of the images but, as you can see, the visibility wasn’t exactly at its best, although, thankfully, they did allow the smoke to clear somewhat every once in a while. 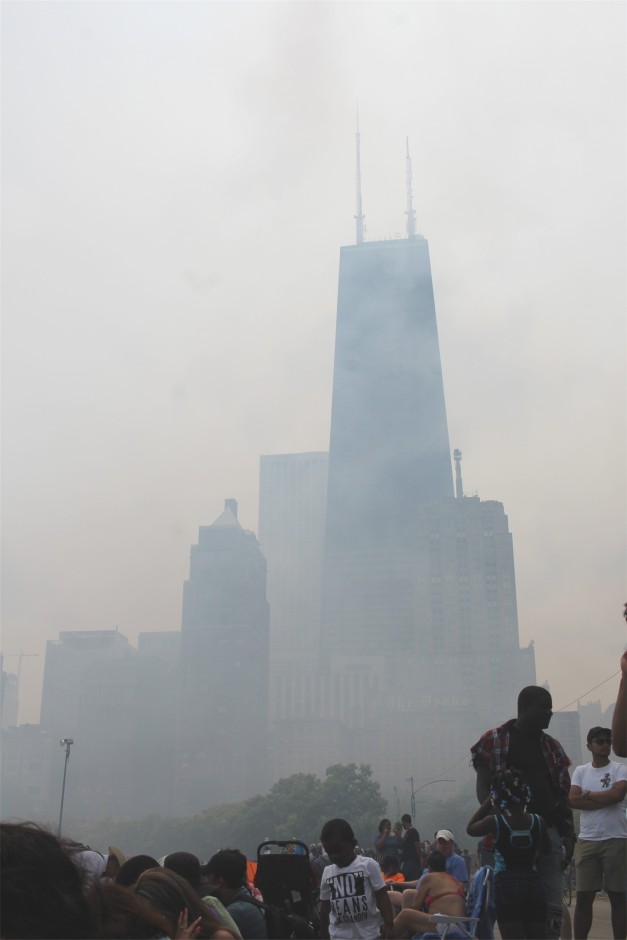 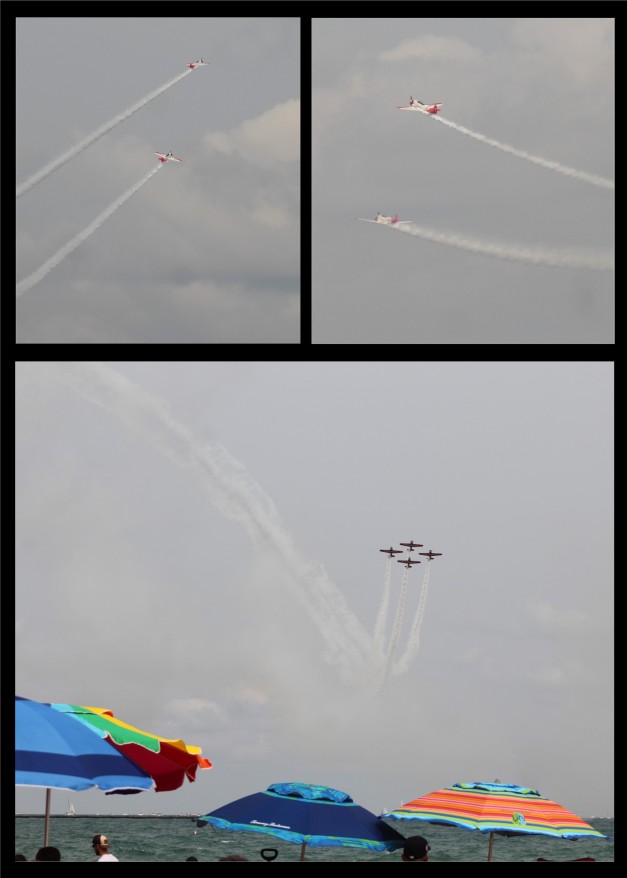 When I went back on Sunday I decided to skip going to the beach and walked down to Navy Pier via the River Walk, then south along by DuSable Harbor. Even then, I still got a good view of the aerial acrobatics although the water was a lot calmer by the harbor. 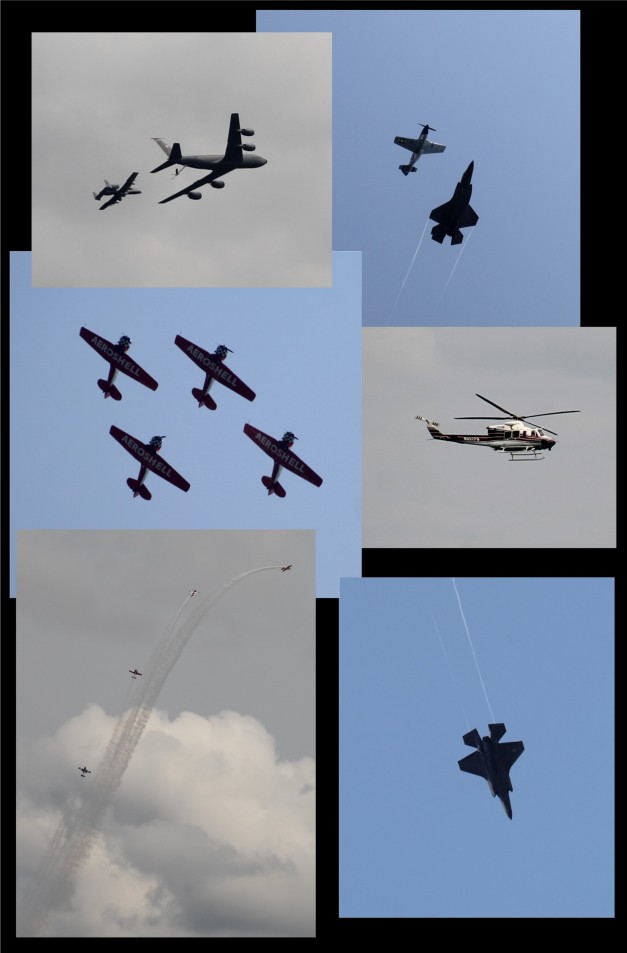 Thanks to Patti for setting the topic for this week’s Lens-Artists Photo Challenge.  For more on this challenge go to #9: Action