My second entry for Becky’s Square Perspectives Photo Challenge includes different views of McCormick House at Cantigny Park. From any perspective this is an interesting place and well worth a look, inside and out (although no photography allowed inside.) 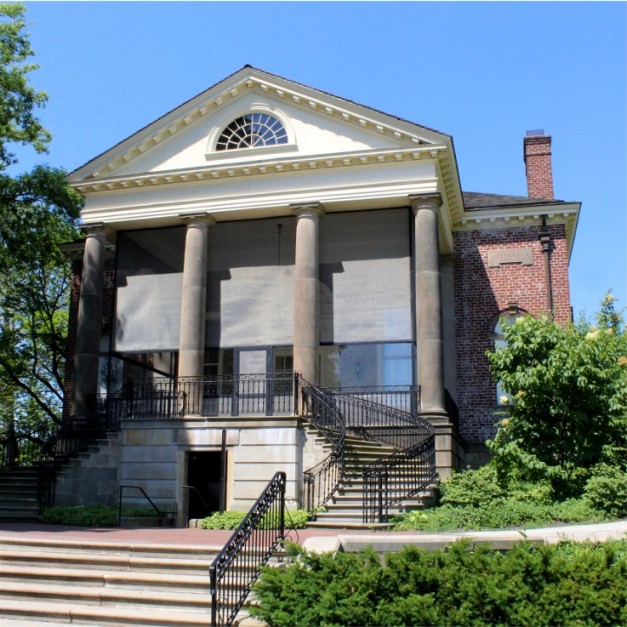 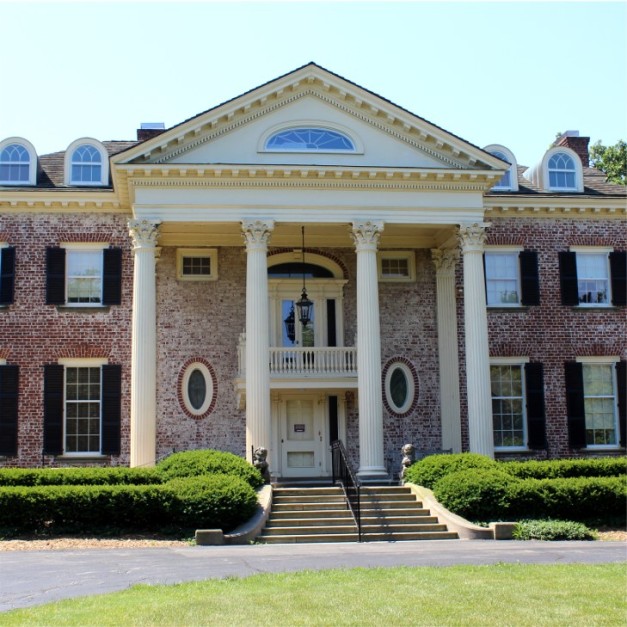 Pull Up A Seat – At Cantigny Park

Arriving a little late to the party, I’m finally pulling up a seat at a relatively new photo challenge over at XingfuMama.  It’s always nice to find a seat in a picturesque spot and, going through the photo files, I see that I have not only sat on some of these seats but also taken pictures of them.  So for my first submission here are a few shots from my most recent visit to Cantigny Park in Wheaton, Illinois earlier this year. 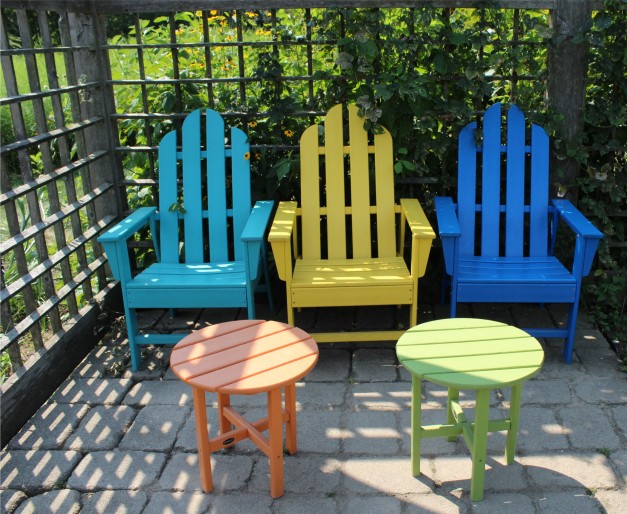 Cantigny Park is undergoing extensive renovations which are likely to continue through next year but there is still a lot to see. It’s hard to imagine how you could possibly improve on a place as lovely as Cantigny, especially the gardens, but they are certainly giving it a try. I miss some of the old features and it will take some time for the new plantings to get established but I think eventually the place will come together and continue to be one of the brightest jewels in the Chicago suburbs.

It’s good to see Norm back at Thursday Doors with lots of great pictures after his well-deserved vacation.  Photogenic doors have been few and far between during my daily round, this year, but I did come across this colorful door in the Idea Garden at Cantigny Park in Wheaton the other day. 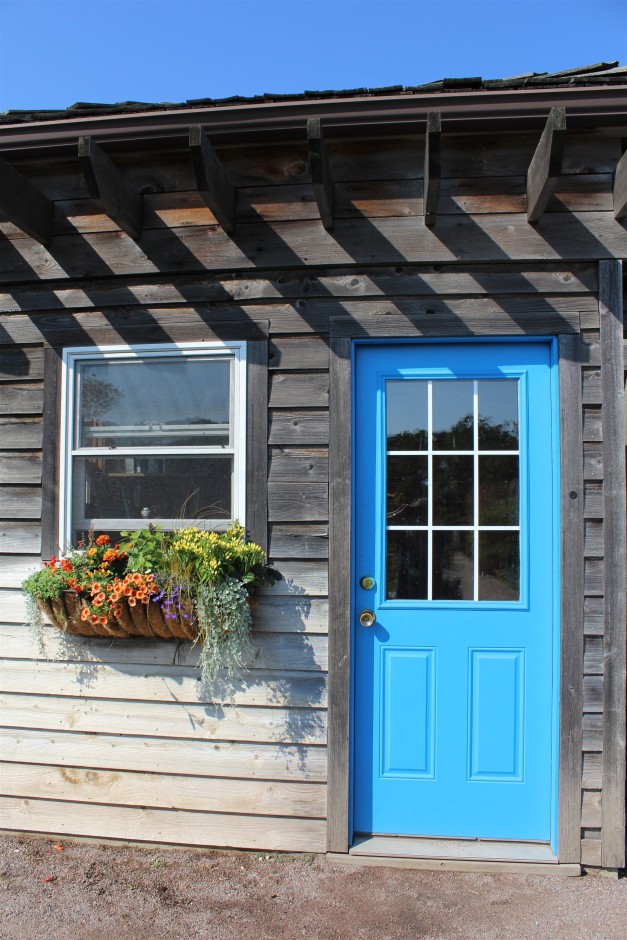 For more on Thursday Doors go to https://miscellaneousmusingsofamiddleagedmind.wordpress.com/2017/09/21/thursday-doors-september-21-2017/

Cee’s Compose Yourself Challenge: Always Take More Than One Photo

This week Cee mentions that it’s always good to take more than one picture of a subject and for the most part that is something I usually do.

I love taking pictures of our ‘little princess’ but it’s not until later when I review the images that I know what I’ve really captured. Everything always happens so quickly and much of the time the images are blurred but I know if I keep clicking away I’m bound to get some that are OK.

Here are pictures of the gazebo at Cantigny Park. I took several of these, the first two from only a slightly different vantage point and the third from a totally angle. Landscapes are somewhat easier than children to photograph, I find. They don’t move around so much and you can generally take your time composing the shot.

Wildlife, like children, tend not to stay in one place for too long. If you see something interesting, take a picture right away. Don’t fanny about waiting for the thing to come closer or the light to be just right. The picture may not be perfect but it may be the only one you get.  Then, if you’re lucky enough, you may get a second or third shot at it.

Sometimes when you’re in a place that you know you may never be able to visit again or at that once-in-a-lifetime occasion, you feel like you want to take as many pictures as possible. I don’t know how many shots I took of the Balanced Rock in Arches National Park but I had a hard time leaving without taking just one more.

Cee also asks us to choose two images from our post and explain what we like about them and whether we were surprised by anything in their content. I’ve chosen two from ‘the princess’ series. I’ll start by explaining that I don’t like to take posed pictures. For me they never work. The kids usually have fixed grins that don’t look natural or stand to attention like little toy soldiers, so I wait until they’re playing and their attention is drawn away from the camera. The first picture I like because she was in dress-up mode and also in a good mood. I caught her just as she was about to blow a kiss to the handsome prince, or in this case, Grandpa. I was surprised by the fact that the lighting turned out way better than I expected because of the window right behind her, which doesn’t usually work well.

The second picture was totally unexpected and I had to move very quickly to get it before the moment passed. What self-respecting princess would be caught without a green Gummy Lifesaver!

For more on Cee’s Compose Yourself Challenge go to http://ceenphotography.com/2015/10/14/cees-compose-yourself-challenge-week-3-always-take-more-than-one-photo/

Cee’s Fun Foto Challenge always seems to provide the perfect opportunity for me to share some of my more recent captures and this week’s theme, More Than 5 Items, does just that. 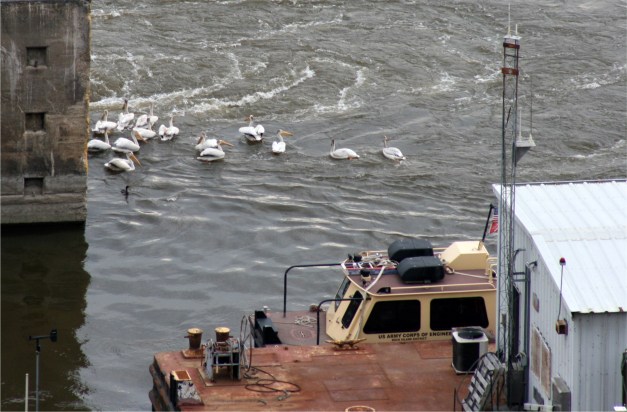 A pod of pelicans waiting for fish at lock & dam #11 on the Mississippi river in Dubuque, Iowa.

Nine rungs on a ladder at the Apple River Fort in Elizabeth, Illinois.

A colonnade of columns in the Rose Garden at Cantigny Park, Wheaton.

A stand of trees in the Morton Arboretum, Lisle.

For more on Cee’s Fun Foto Challenge go to http://ceenphotography.com/2015/07/07/cees-fun-foto-challenge-more-than-5-items-2/

The subject of Cee’s Black & White Photo Challenge this week is Sculptures, Statues and Carvings. 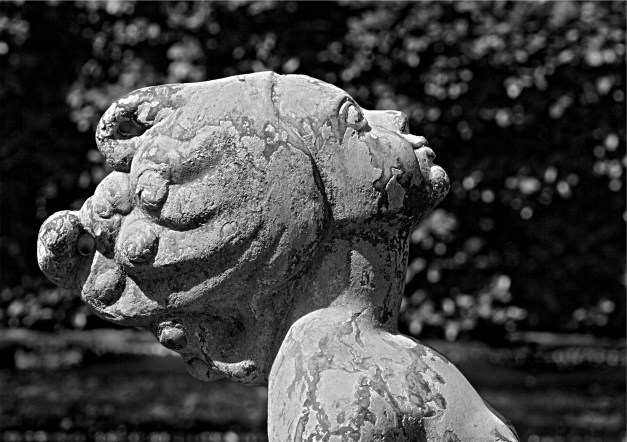 The Mermaid outside the mansion at Cantigny Park in Wheaton, Illinois. 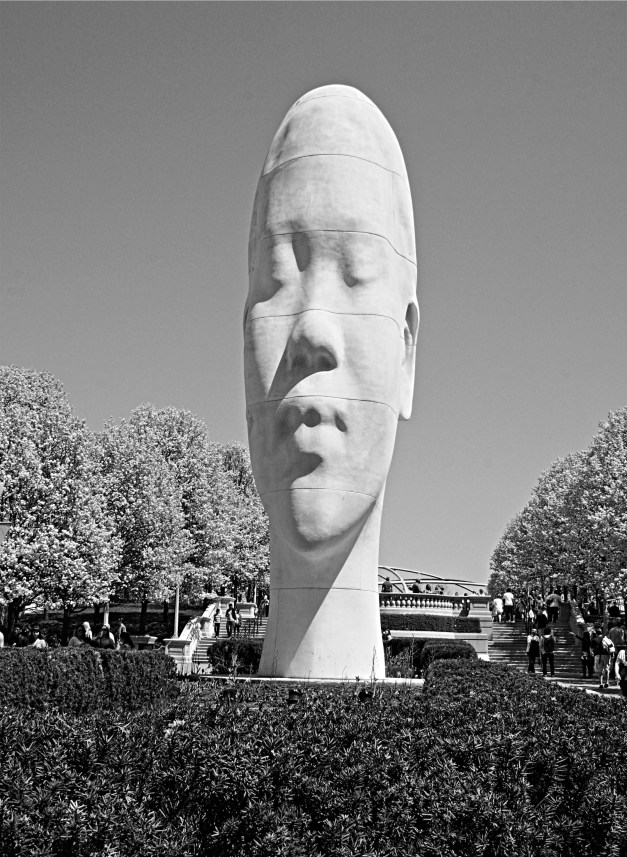 One of the Faces, in Chicago’s Millennium Park, sculpted by Jaume Plensa. 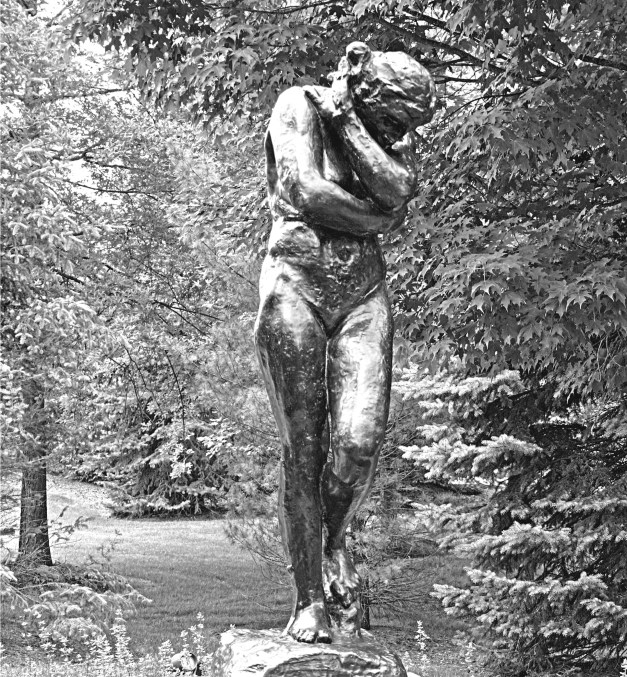 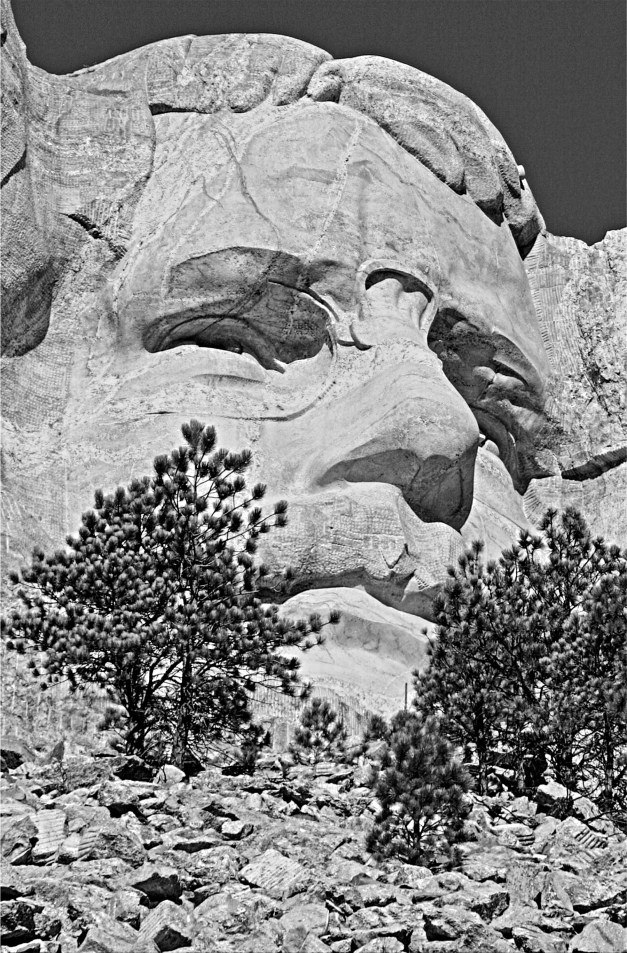 A section of Mount Rushmore, in South Dakota, showing the sculpted face of Theodore Roosevelt.

For more on Cee’s Black and White Photo Challenge go to http://ceenphotography.com/2015/07/02/cees-black-white-photo-challenge-sculptures-statues-carvings/

Continuing on the numbers theme, this week’s Fun Foto Challenge on Cee’s Photography Blog calls for Three Items or The Number 3.

Three water fountains in the Rose Garden at Cantigny Park. 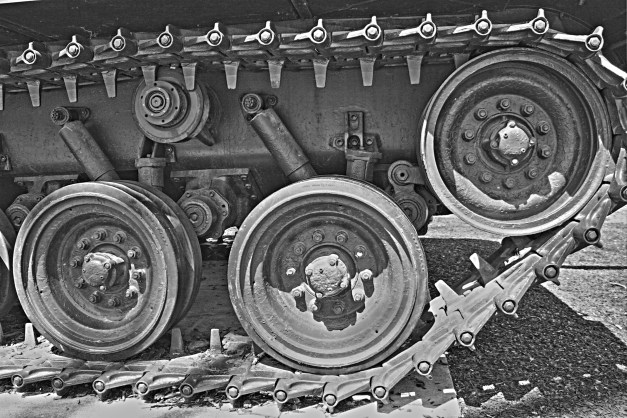 Three road wheels on a tank at the First Division Museum in Cantigny Park. 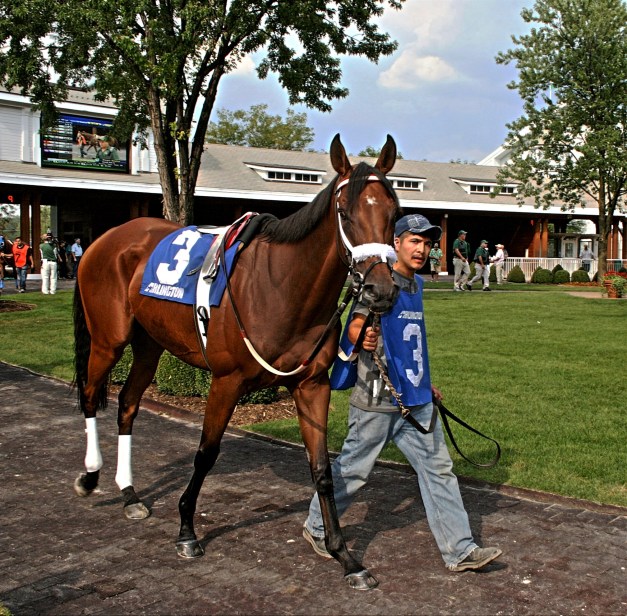 Three fish cruising in the waters of the Garden of Reflections at the Anderson Japanese Gardens in Rockford.

For more on Cee’s Fun Foto Challenge go to http://ceenphotography.com/2015/06/23/cees-fun-foto-challenge-three-items-for-the-number-three/

This week Cee has picked ‘Pairs’ as the subject for her weekly Fun Foto Challenge so here are a few images that I thought might meet requirements.

‘Boys Will Be Boys’, a bronze sculpture by Dan Ostermiller, can be seen in the gardens at the Leigh Yawkey Woodson Art Museum in Wausau, Wisconsin. 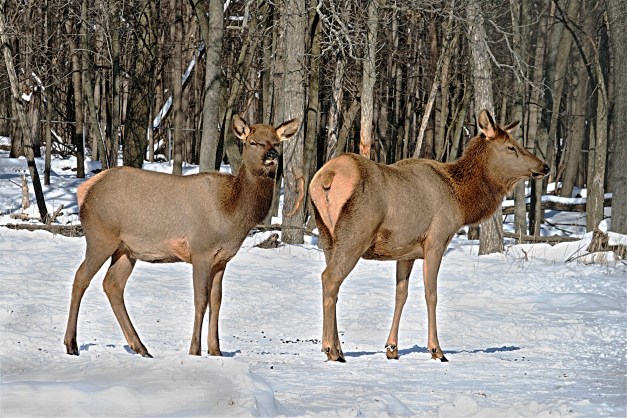 A pair of elk in Elk Grove Village, Illinois. 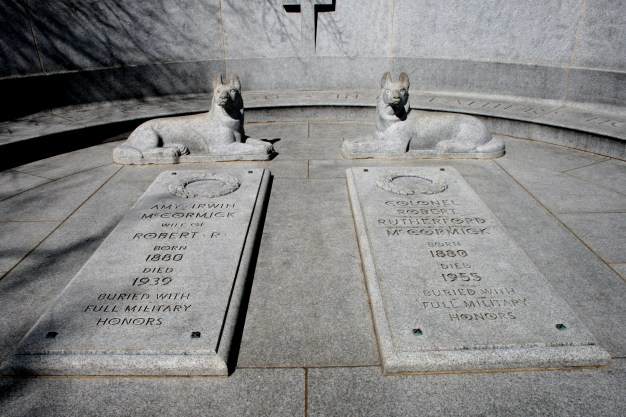 Statues of a pair of favorite pet dogs stand guard over The Exedra, the burial site of Colonel Robert McCormick and his wife Amy at Cantigny Park in Wheaton, Illinois. 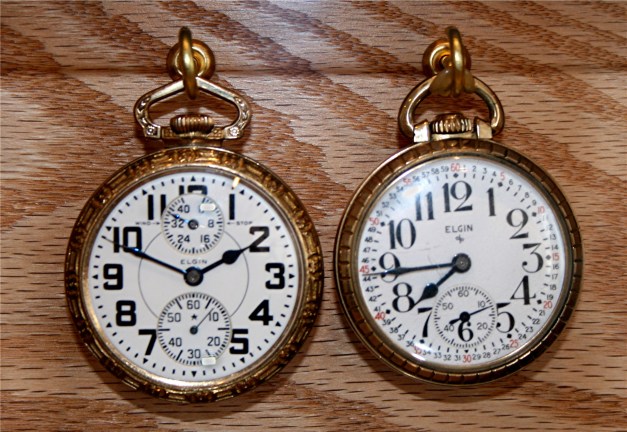 A pair of railroad grade watches made by the Elgin National Watch Company, now on display at Elgin Historical Society Museum.

The Sturgeon Bay Bridge becomes a matching pair when it’s raised to allow shipping to pass through. 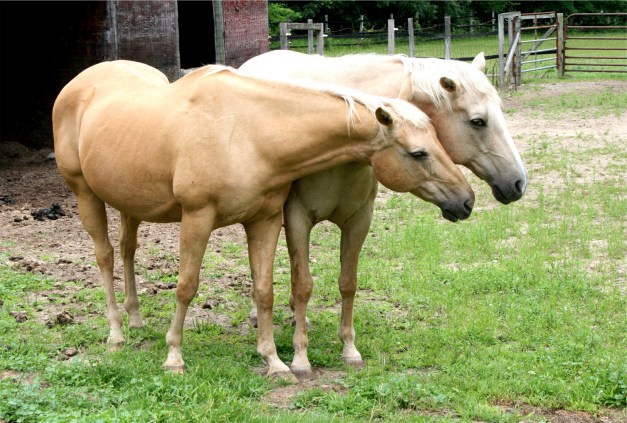 These beautiful horses belong to my friend Jane in Michigan.

For more on Cee’s Fun Foto Challenge go to http://ceenphotography.com/2015/05/19/cees-fun-foto-challenge-pairs/

I couldn’t resist having one last shot at Ailsa’s Travel Theme challenge which this week is all about Trees. I captured this image yesterday at Cantigny Park in Wheaton and, although initially I was hoping to make the house the focal point of the picture and was disappointed that the tree was slap bang in the middle of things, I realized when I looked at the results that things weren’t so bad after all.

For more on Ailsa’s Travel Theme challenge on Where’s My Backpack? go to http://wheresmybackpack.com/2015/04/24/travel-theme-trees/

I know I’m a bit late with this one but couldn’t resist posting a few pictures of some of my favorite gardens. I would guess that more than half of the images in my photo files are of flowers and gardens. Wherever we travel, the first thing we look for is a public garden or park.

The gardens at Cantigny Park in Winfield, Illinois.

The gardens at the Cuneo Mansion in Vernon Hills, Illinois.