This is my first visit to Norm’s Thursday Doors. I’ve often seen fascinating posts by fellow bloggers with some splendid pictures of doors and I wondered if I had anything in the old photo files that might be worth sharing so I’m kicking off my participation in this weekly feature with three images from Wisconsin.  The first is the door to the outhouse at Cana Island Lighthouse in Door County. The second is an old boxcar at Green Bay Railway Museum and the third is the door of the Sheboygan/Fond Du Lac stagecoach on display at the Wesley W. Jung Carriage Museum at Wade House in Greenbush, Wisconsin.  I hope these fit the bill.  For more on Thursday Doors go to  https://miscellaneousmusingsofamiddleagedmind.wordpress.com/2016/10/20/thursday-doors-october-20-2016/

Finding images of two different things in one shot, for Cee’s Black & White Photo Challenge this week, was not as easy as you might think. Most of the time I focus on just one thing and if I take a broader view there are bound to be more than two items in the image.  Then there’s the question of whether the picture will translate well into black & white.  So with all this in mind, it took me quite a while, searching through the photo files, to come up with something that I thought would suit the topic.

You might associate a lighthouse with a ship but not necessarily a car, which is the sight that greeted us at a rest area in Michigan.

This magpie seemed intent on us finding Lady Finger Point Trail, on Antelope Island in the Great Salt Lake in Utah, perching on the sign as though showing us the way.

A giant golf ball and club head, on display outside The Golf Center in Des Plaines, Illinois. 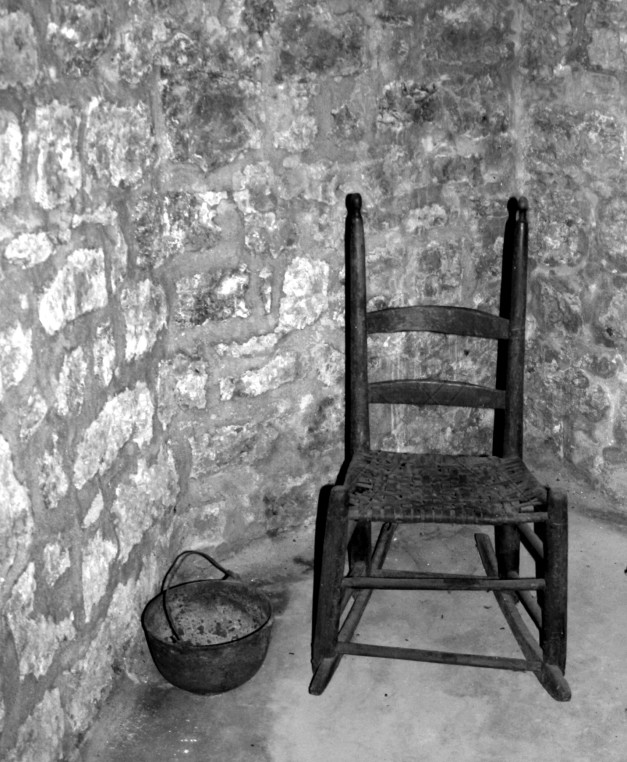 Part of an Underground Railroad display in the basement of the Taylor House in Freeport, Illinois, home of the Stephenson County Historical Society.

Cana Island, slightly north of Baileys Harbor in Door County, Wisconsin, is connected to the mainland by a long, stony causeway. On the day that we visited, the weather was distinctly threatening and it wouldn’t have taken much, I imagined, for the waters of Lake Michigan to completely cover our only means of egress from this lonely little spot.

We had arrived rather late in the afternoon and the wind was whipping the waves towards the shore as we trudged across in order to see Cana’s one claim to fame, the Cana Island Light which first saw service as a lighthouse in 1870. In 1880 it faced the ferocious ‘Alpena Gale’ when the lower level was completely flooded, forcing the occupants to climb to higher ground. Despite the island’s warning light, seven ships were lost near Cana during this storm including the 654-ton steamer, Alpena, with considerable loss of life.

Although the lighthouse itself turned out to be a bit of a disappointment – it was undergoing repairs and much of it was fenced off – the weather and lighting conditions, instead of working against us, imbued the little 8.7-acre island with a certain atmospheric quality that was quite intriguing. 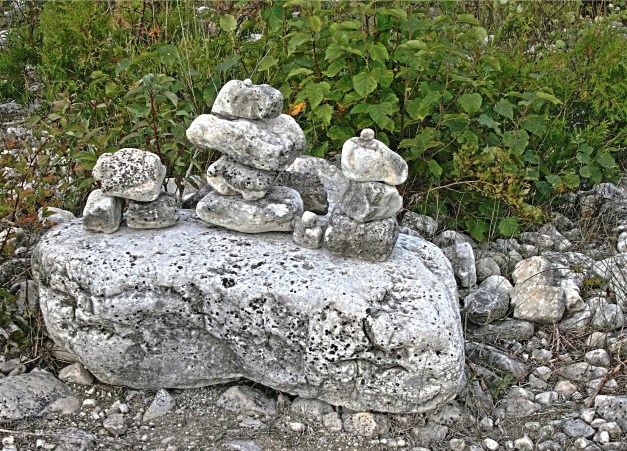 Several of these mini-cairns lined the causeway, left by previous visitors to the island, probably in a light-hearted moment but just then they seemed like a cry from the past; a warning or a sad reminder. 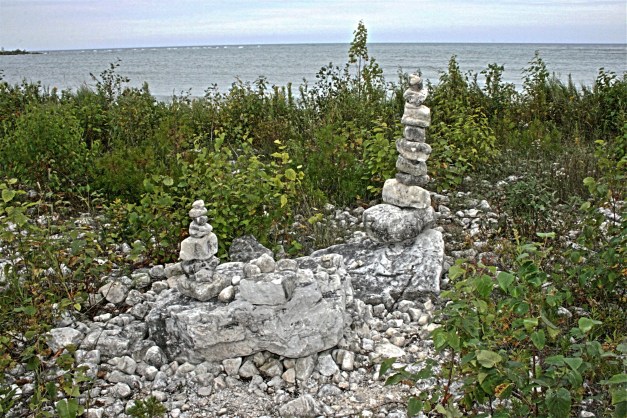 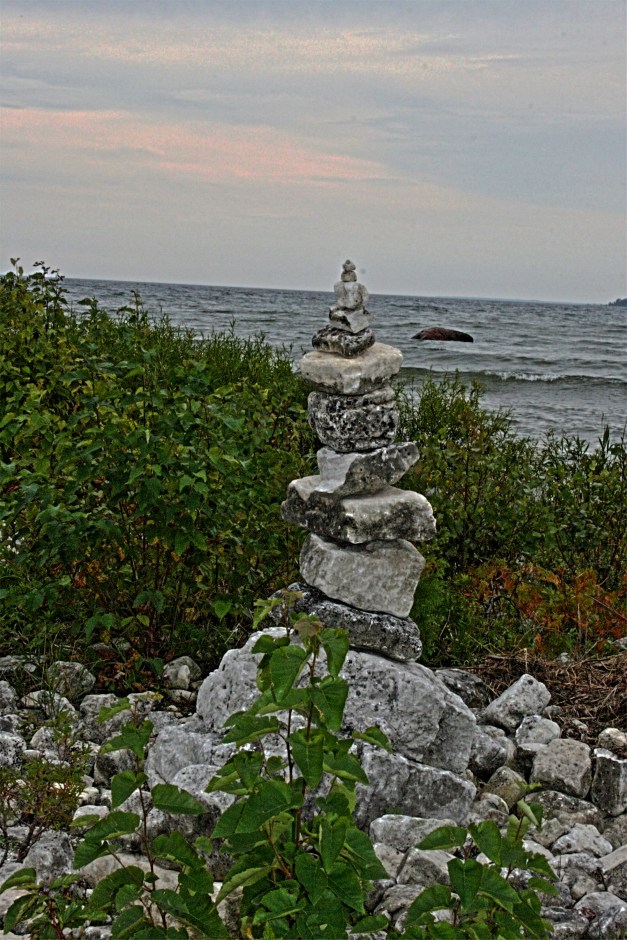 Originally, the 89ft-tall Cana Light was perched on a somewhat larger pile of rocks but, in 1900, crews working with eight teams of horses and wagons hauled in tons of top soil to eventually provide a grassed-over area around the lighthouse. 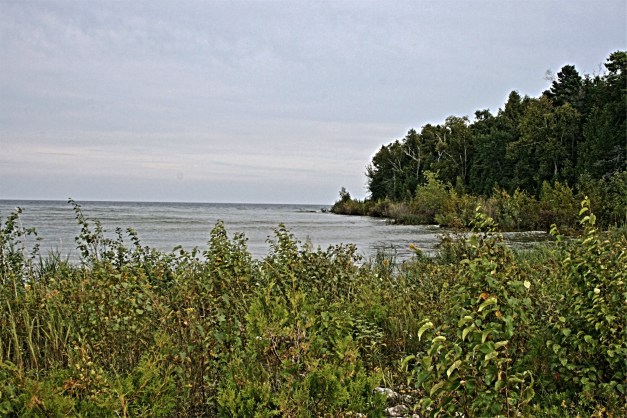