Weekly Photo Challenge: On The Way

The subject for this week’s Photo Challenge from Michelle at The Daily Post  is ‘On The Way.’  Anyone who is interested in photography will tell you that they’ll look for any opportunity to get some interesting shots wherever they happen to be.  Usually, whenever we go anywhere, I have a camera handy and the photo files are crammed with images that I’ve captured en route to one place or another.

Last year we stopped off at Egg Harbor on the way to the northern tip of Door County in Wisconsin. The boats were huddled together under threatening skies; the area had already received large amounts of rain which had flooded several roads and there was a chilly wind, not the ideal weather for strolling around, so I quickly took some shots of the harbor, rushed into the British import store to replenish my supplies of Marmite,Twiglets and Spotted Dick and headed back to the car.

On the way to the Badlands in South Dakota we stopped off at the city of Albert Lea in Minnesota to stretch our legs and discovered this delightful spot, Higbie Gardens, a park adopted and made beautiful by the Shades of Jade Regional Garden Club. 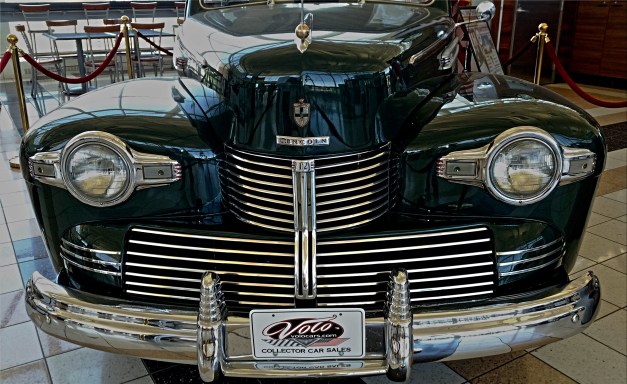 Recently we called in for a much-needed Starbucks coffee at the Belvidere Oasis on the way home from a trip to Wisconsin and found this 1942 Lincoln Zephyr from the personal collection of former Republican Speaker of the House, Dennis Hastert, on display. 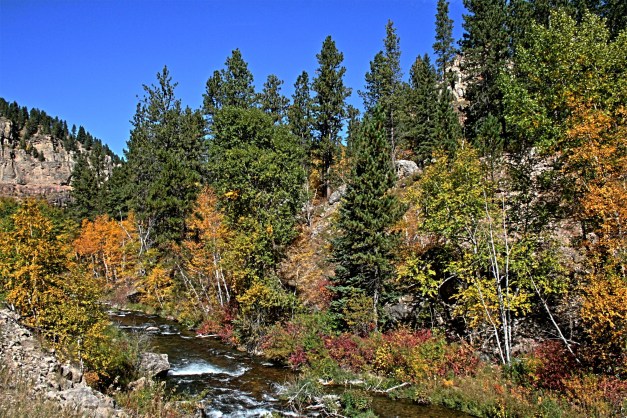 On the way back from our vacation in South Dakota we decided to take the scenic route and were rewarded with some spectacular views of Spearfish Canyon.

For more on The Weekly Photo Challenge go to https://dailypost.wordpress.com/dp_photo_challenge/on-the-way/