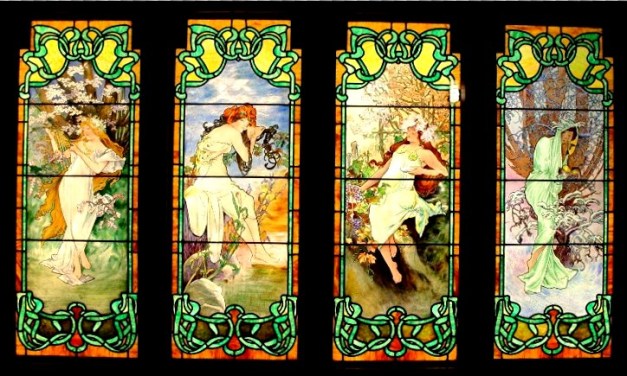 My thanks, once again, to Sue Llewellyn for affording me the opportunity to share some pictures of windows in response to her Word A Week Photograph Challenge on A Word In Your Ear at http://suellewellyn2011.wordpress.com/2014/09/10/a-word-a-week-photograph-challenge-window/. 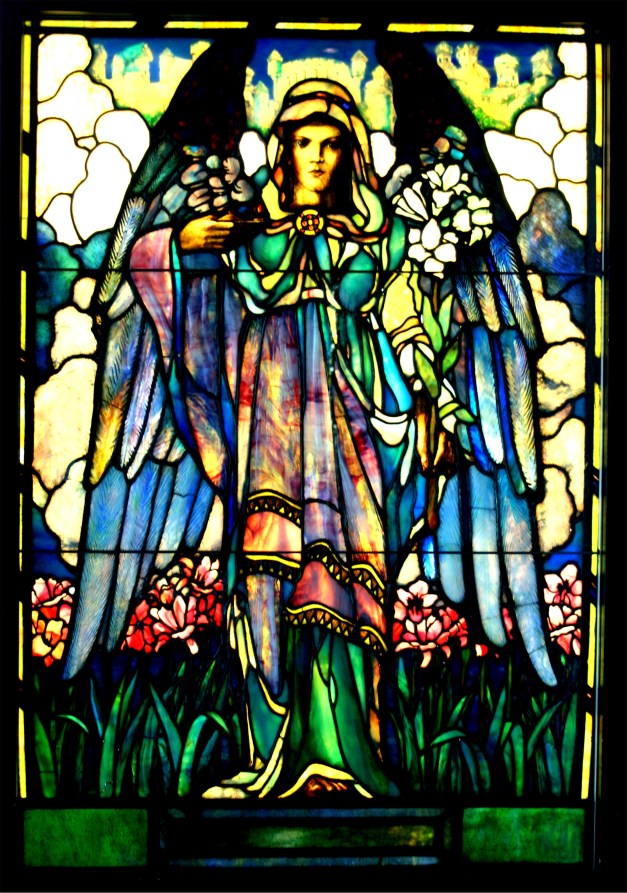 Although I’ve already shown images of some of the windows at the Smith Museum of Stained Glass Windows on Navy Pier in Chicago in previous posts, I still had a few left that I thought might be worth a look.

I particularly liked the window depicting The Fairy Tale of The Bear Attacking Other Animals created in 1997 by artist Khaim Pinkhasik. 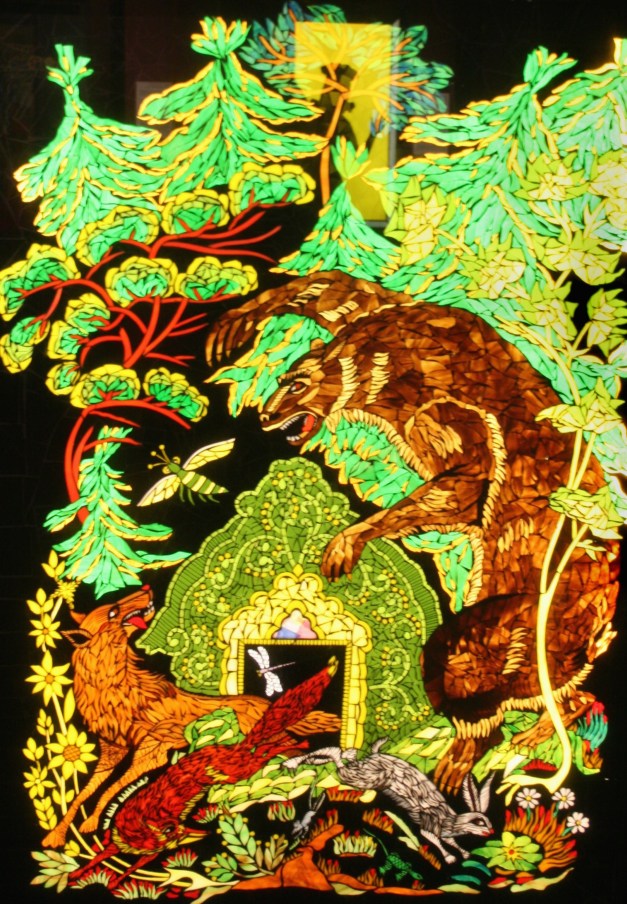 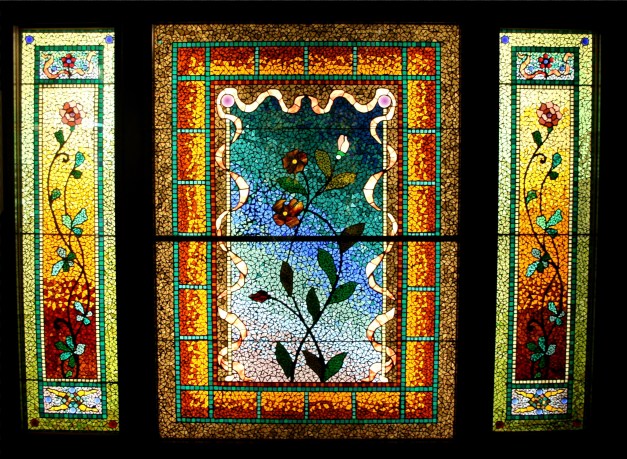 I love orange! It’s such a vibrant color! Wherever I go I’m always on the lookout for bright colors and I had no problem finding images that I hope will adequately represent Orange, in response to Ailsa’s Travel Theme challenge on Where’s My Backpack? at http://wheresmybackpack.com/2014/08/22/travel-theme-orange/. 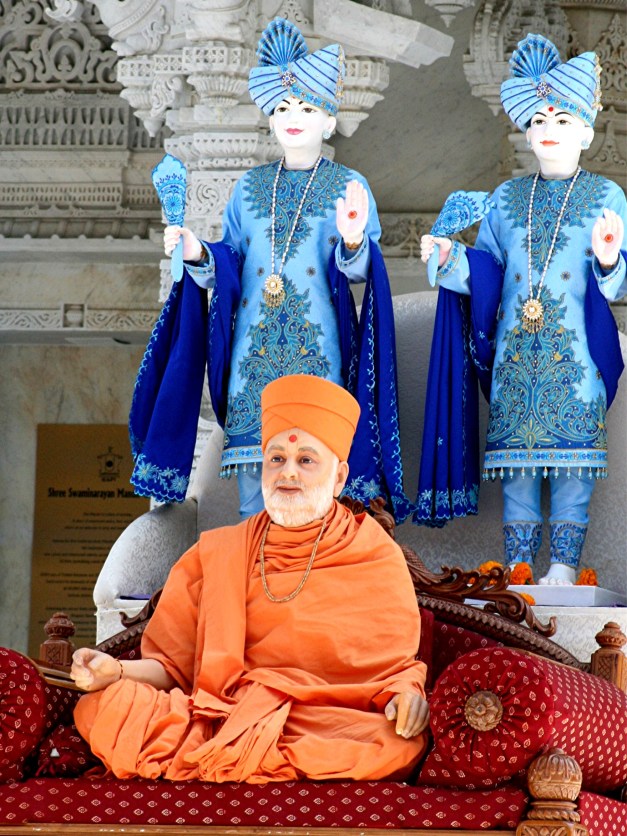 Somehow, purely by chance, I nearly always seem to show up at the BAPS Shri Swaminarayan Mandir in Bartlett, Illinois during a special event. At the end of July when we visited, there appeared to be some kind of Youth Conference in progress. People at the Mandir are always very friendly and willing to explain what is happening and we were told that the participants were from all across the country. From what I understood, these young people were there to learn about the Hindu faith and its place in the world today. We arrived just as they were taking group photos outside the temple and out of respect we stayed well back, so we had rather limited access but I managed to capture a few images once everyone had dispersed. The figures in the above image were ceremoniously placed on the steps of the Mandir and the colors really stood out against the white stonework of the temple. 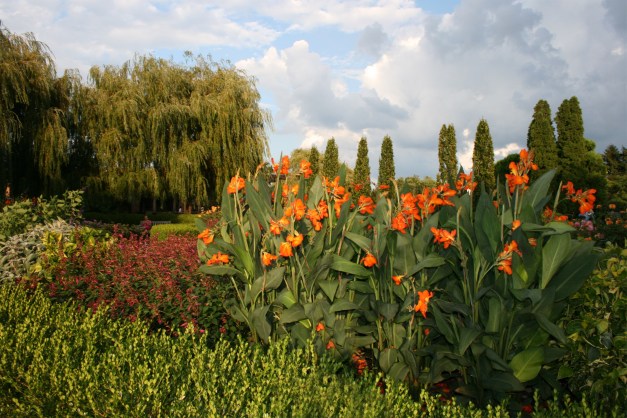 Orange canna lilies are just tall enough to catch the setting sun on the Esplanade at the Chicago Botanic Garden. 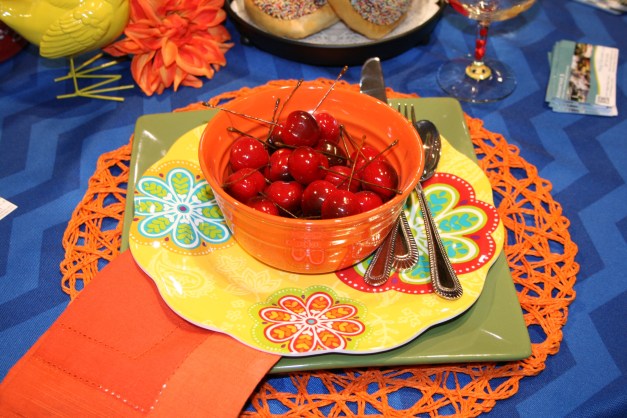 An orange place setting caught everyone’s eye at the Chicago Flower and Garden Show at Navy Pier in Chicago earlier this year. 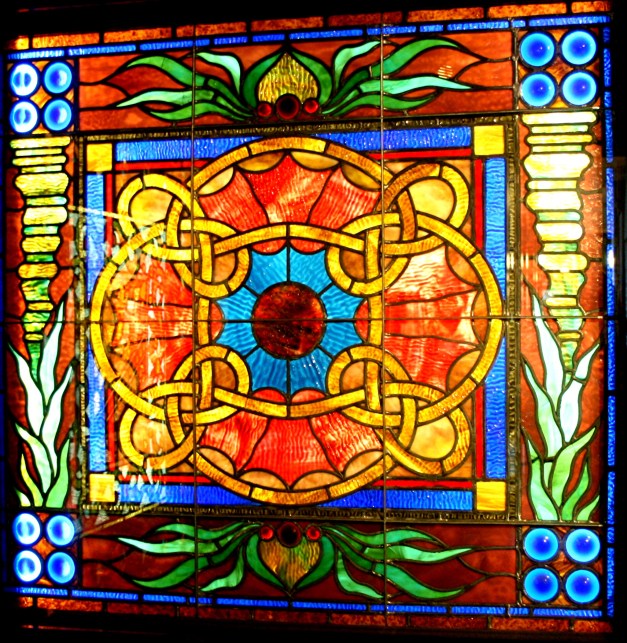 One of the stained glass windows on display at the Smith Museum of Stained Glass Windows at Navy Pier in Chicago. 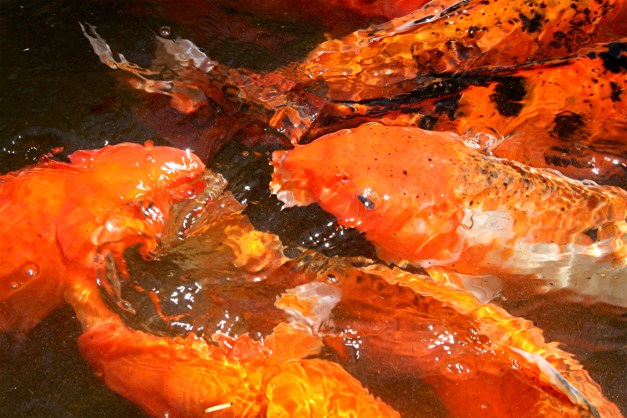 A flash of orange as ornamental koi splash around in the pool at the Anderson Japanese Gardens in Rockford, Illinois.