Lens-Artists Photo Challenge – The Wonder of The River Walk

I usually do a bit of research before we visit somewhere new to us, but for some reason, probably because I thought we wouldn’t actually go there, San Antonio slipped under the radar.  It was so unlike anything that I had pictured in my mind that I have to admit I was absolutely amazed when we arrived downtown.  The River Walk, we had been told, was the place to go, so we began our adventure at Nueva Street and soon entered a whole other world of winding, watery wonder, one story beneath the streets of San Antonio. 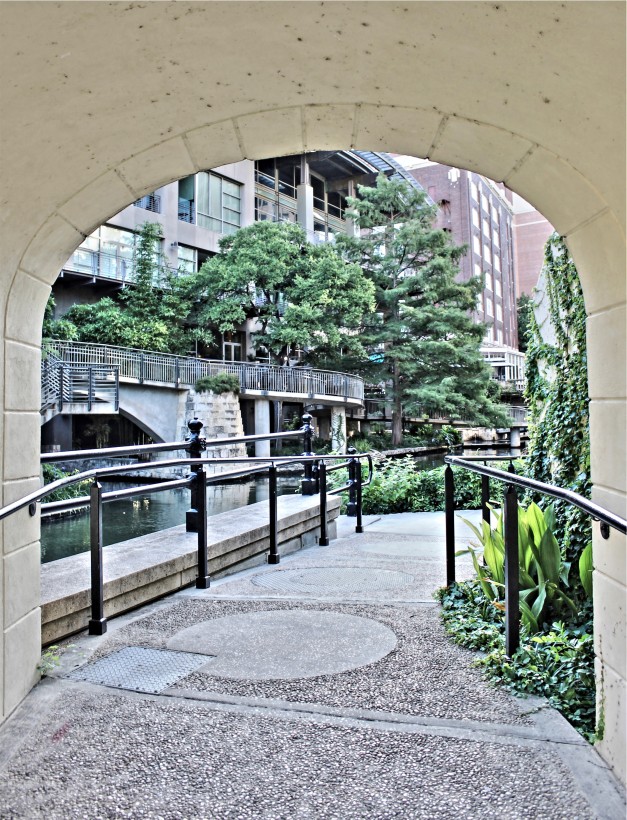 The 2.5 mile-long route is accessed by a succession of steps and bridges many of which are quite decorative. 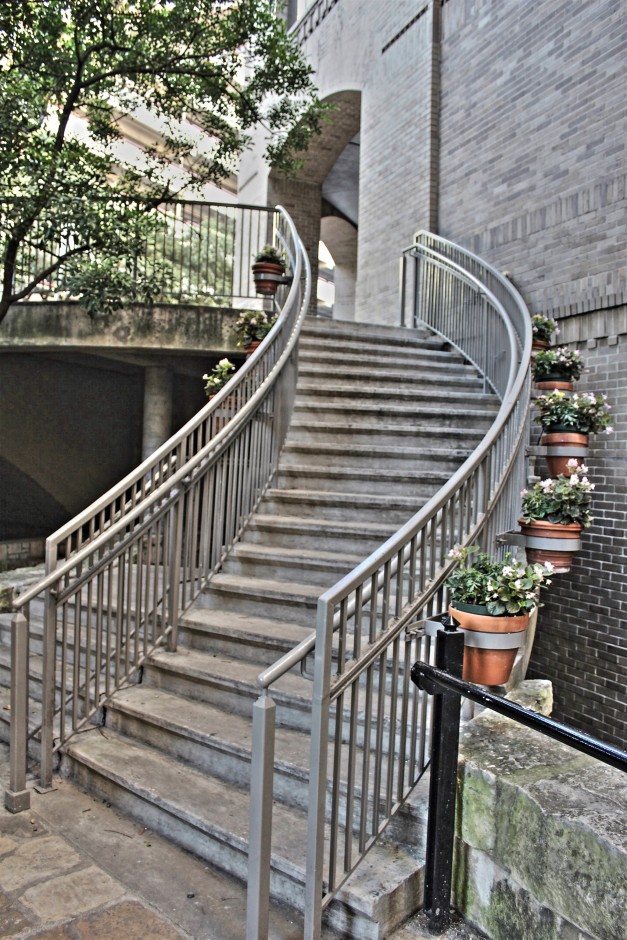 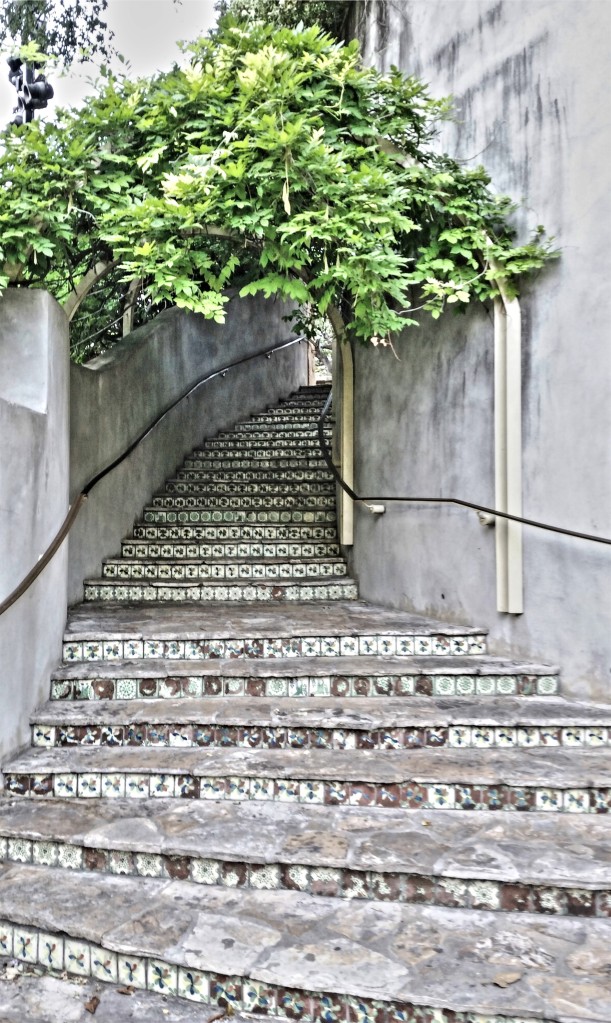 The River Walk is an astounding mixture of art and architecture with something to catch your eye at every turn such as this sculpture, outside The Briscoe Western Art Museum, entitled Camino de Galvez created by artist T. D. Kelsey . 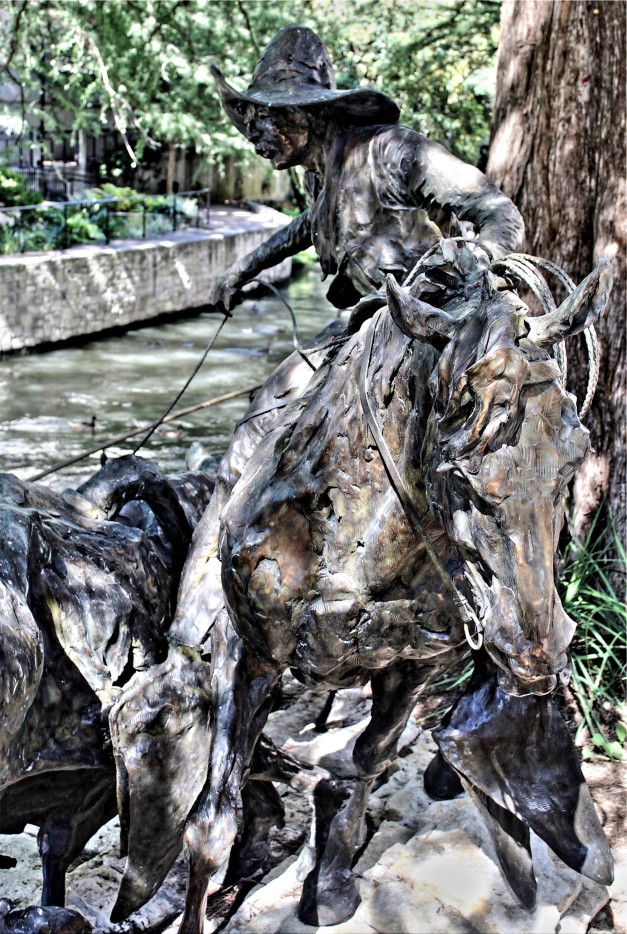 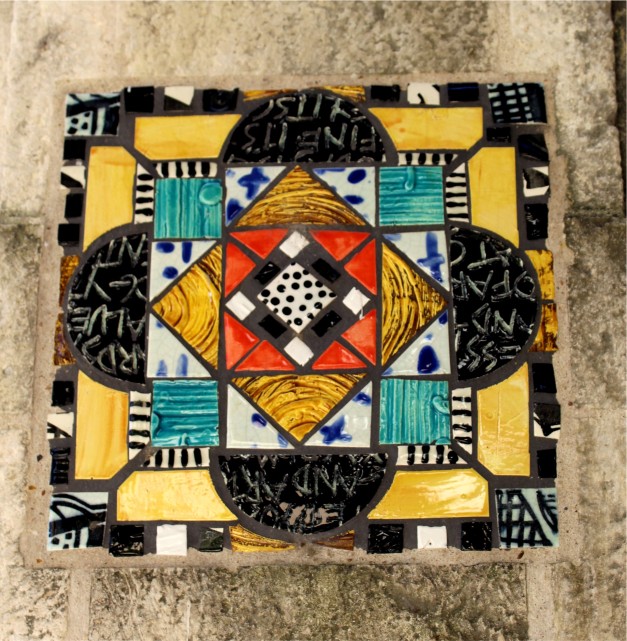 Much of the walk is bordered by restaurants and hotels past which colorful tour boats ferry passengers who gaze up at buildings such as the Bexar County Courthouse. 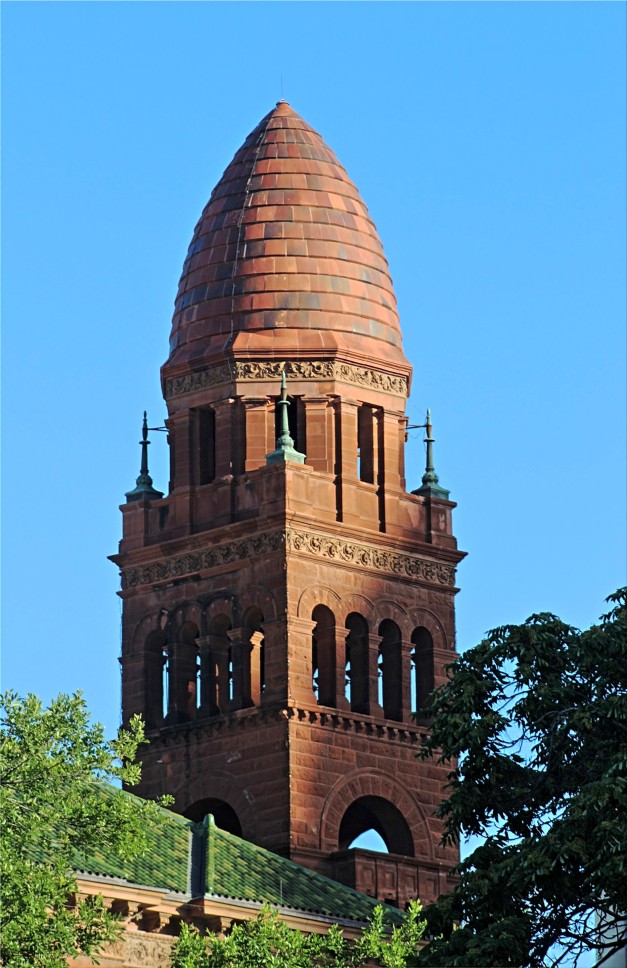 We began our walk fairly early in the morning but by the time we reached Crockett Street and a brief detour to visit The Alamo, things were getting pretty busy and it wasn’t only people that were sharing the pathways but also quite a large population of birds, mostly pigeons but one or two other interesting characters as well, which is why I would think twice about visiting again. I braved them once but I don’t think I could willingly do it a second time which is a pity because I really loved the whole River Walk experience. I wish I wasn’t such a chicken when it comes to birds! 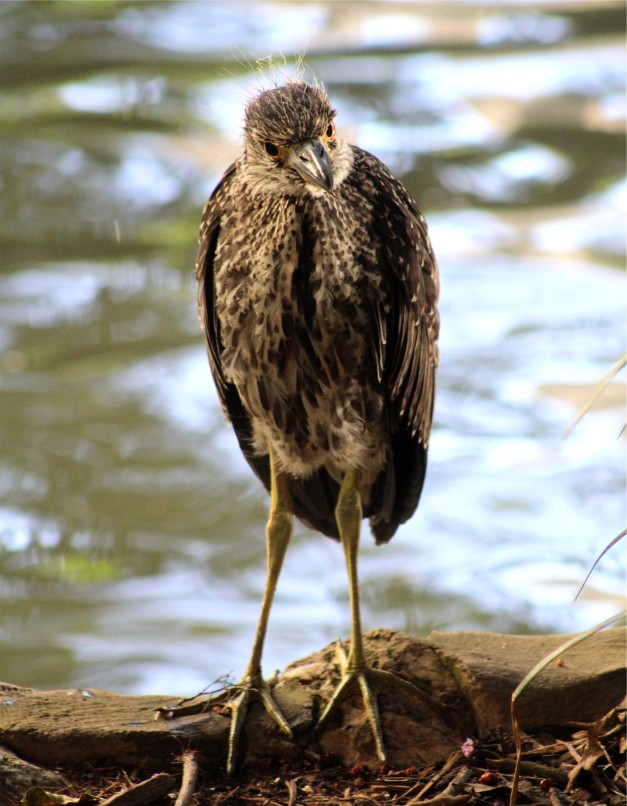 This post is in response to a new challenge, the Lens-Artists Photo Challenge which can be found at Wonder.  Thanks to Patti for this opportunity to share these images and see other posts that reflect the theme Wonder.